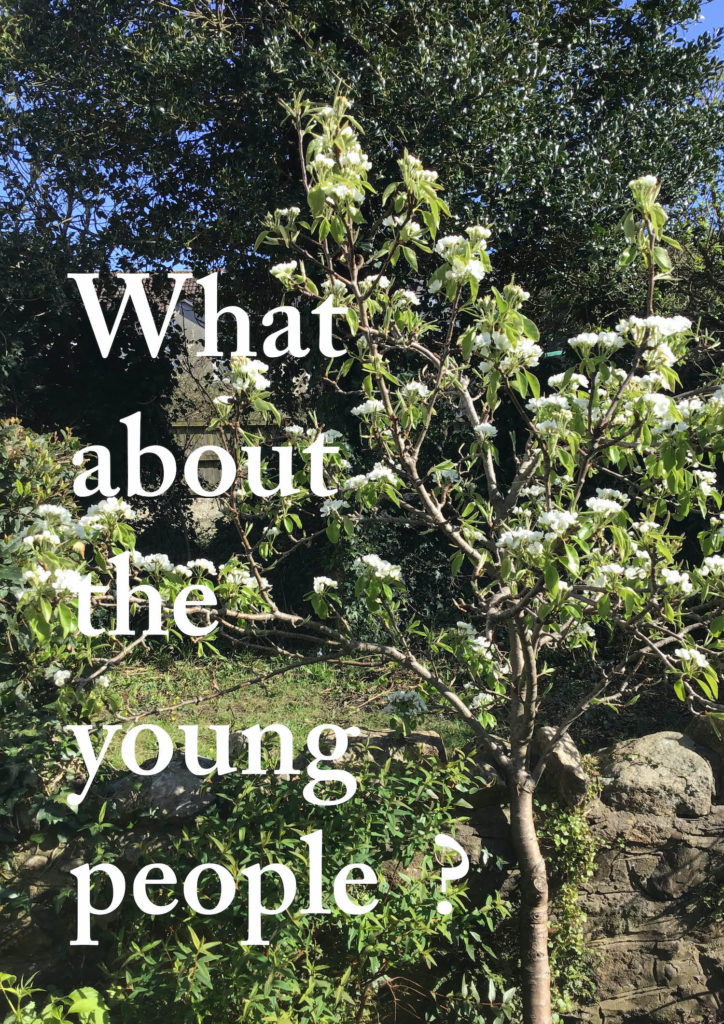 Coming into 2021, that’s when it began to sort of get hard. We all became tired, tired of the lockdown, this is no longer novel. And it seemed to be going on forever and ever and ever. And then I kind of… I was pretty alright, the weather was cold, which was making it more difficult in say January 2021. And that meant you couldn’t go out and about with great comfort, which was kind of okay. But what I felt, what really struck me and I felt sorry for and I didn’t actually blame them is the young people congregating. And they were doing what  young people do, especially the early teens, between 12 and 18 say or 19. They were restricted and they couldn’t sort of savour life as teenagers do and learn from how to deal with things. I mean, they weren’t given the realities of life to look at and to make sort of good or bad decisions about them and do the things that teenagers do when go to parties and hops and meeting their friends even I mean, reduced to that they couldn’t even meet their friends. And it was really hard. And I would have total sympathy for them. When I’d be looking back at me at the same age, absolutely sort of running wild and emigrating and doing all sorts of things, but what annoyed me then, coming up, was the politicians who were such a terrible example. They thought that there was… it was a different rule for from them. I mean, it was arguably in the young people, but the politicians who know better and children being the role model and were actually instrumental in making the rules. They were sort of full on to the rules themselves. That was very, very shabby. And I feel that you know,  a lot of heads did roll indeed and I’m kind of thinking I used to have two minds should the heads have rolled or should they not and they probably should. I felt  sorry mostly, I’ve had my grandchildren. My 12 year old grandson who couldn’t sort of meet his friends who couldn’t…he went to…he went one day and he went to a friend’s house and because granny was so nervous, he was kind of not entertained and it was very, very hard. Of course that’s living on a computer then which isn’t healthy either. It’s not… it’s not the real world. It’s artificial. And then my older grandson who couldn’t get…. because restaurants are closed and he was a chef. And he was sort of bound, sort of indoors as well, within his bubble. He lives in a house in Dublin with two girls and cats and rabbits and things. And I asked him you know, how do you pass the time. I mean, it was just awful and he’s now in his late 20s.

In my mind myself.

My story is.. it came about that I was having trouble with my hip. I had a hip replacements, I had to have a hip replacement took me a while even to see a surgeon on the 23rd of February this year. And that was hard going, you go into hospital and the first thing they do, they take your temperature and then because I’d be so hot and bothered. I’d be sort of wondering had my temperature gone up? Had my blood pressure gone up? or what had happened? And then there was the COVID testing all the time. And then there was the, even the hospital staff I was in the hospital for a week, they were started gingerly coming round and had to be sort of of gloves and masks that was sort of difficult, there wasn’t the same kind of communication when you have a mask and you can’t even read the person’s face, that was kind of hard. And then coming out of hospital, a lot of the after-op services were very limited. And then there’s the other thing that struck me as well, if I had my hip done privately, if I had to wait for the public system, I would be three years, three years. All the other services in the hospital… hospitals are curtailed because of COVID. So and how was it today? Well, the weather is fine. It’s coming into summer so that might help. And I do think the children should be kept at school at all costs. They’re not a high risk, and it’s really really isn’t about their education. It’s about their socialising and their communication and we shouldn’t be living in isolation children should let run a little wild. And, and, and children have always tested boundaries, they’ve always done that and they’re not even allowed to do that.