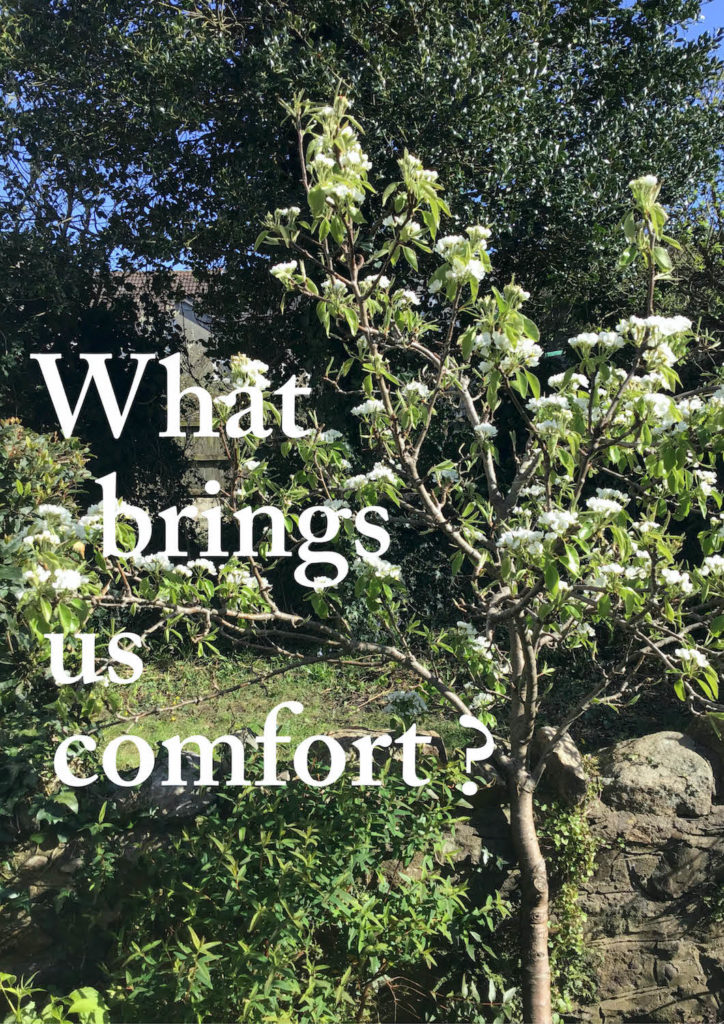 During the pandemic. I would walk to my local Tesco, and where in the past I would have been in the fruits and vegetables section. I moved over and I went for the cheap food. So, like they had pizzas at 61 cents, pepperoni pizza and their own brand of chocolate and taco chips. In the first pandemic, when people said the very anxious I thought I don’t know what you’re talking about. But then I realised, it was what I was eating was comforting me. Because I would have an issue with my weight it wasn’t actually comforting me it was making me feel worse. And so, on the 3rd of November as Trump was being pulled. I started a new regime. And I worked with a woman who had run health clinic. And she came to my house, probably illegally, once a week. And we changed what I ate. And, week by week she was encourage and she was my cheerleader. And so I started to lose the weight, and I’m now down 23 pounds and walking more I feel fitter. And I’m not relying on those kind of childlike comforts, which were all I had at the start of the pandemic.

The other thing that comforted me because I’m a writer is, I brought back the television into my home, because I had let go of it, in order to read more. But actually being without the telly is very lonely, and I live on my own. It’s really confronting, not to have something where you can go for comfort and even day time television, I allow myself that now. If I’m home and I’m not going anywhere I just turn on the telly. Brenda Blethyn in Vera is one of my heroes, I love her and I love her accent and I love the questions that she asks the crooks she’s dealing with and Heartbeat and they’re really like gentle, comforting Ambrosia style films. I noticed, I can’t take deep, dark stuff at the moment, I don’t want to know about those I want stuff that really soothes me that I can self-sooth.

I do also notice that I can be agitated, sometimes. In Ireland because it’s so small, you get one reputation. And if you are known as a difficult person, it follows you, because we really live in close community, but in Vodaphone this week, I tackled the man in the shop. And I was quite aggressive with him, because he was incredibly rude to me and I had to stop myself calling the head office to give out about him because I have his name. Because I thought he’ll come after me, my phone could stop working, he knows my name, he knows, my number. But I also felt it would be wise not to complain about him until they had some sleep in me. So, I haven’t done that yet, but I plan to tell them in the most balanced way possible that he is doing their brand damage.

I also had to get a message from my sister who lives in Boston. And it was a shower gel, a seaweed company in County Galway. And I found it so frustrating and I also noticed that my sister had kind of crafted, the cannon ball, and given it to me, and I shot it out and thats not my style and I ended up dealing with the woman in her 70’s who founded the company. She said, we don’t listen to the answering machine. And I know nothing about IT. And for the first time I could see myself because I don’t like IT, and I come up with those excuses, but I’m only 57. I said if you dont mind me saying, I wont say her name. You really need to learn to listen to your answering machine. We don’t know that you don’t listen to it and I felt so bad afterwards that I had to call a second time. To say, I’m sorry I lost my cool.