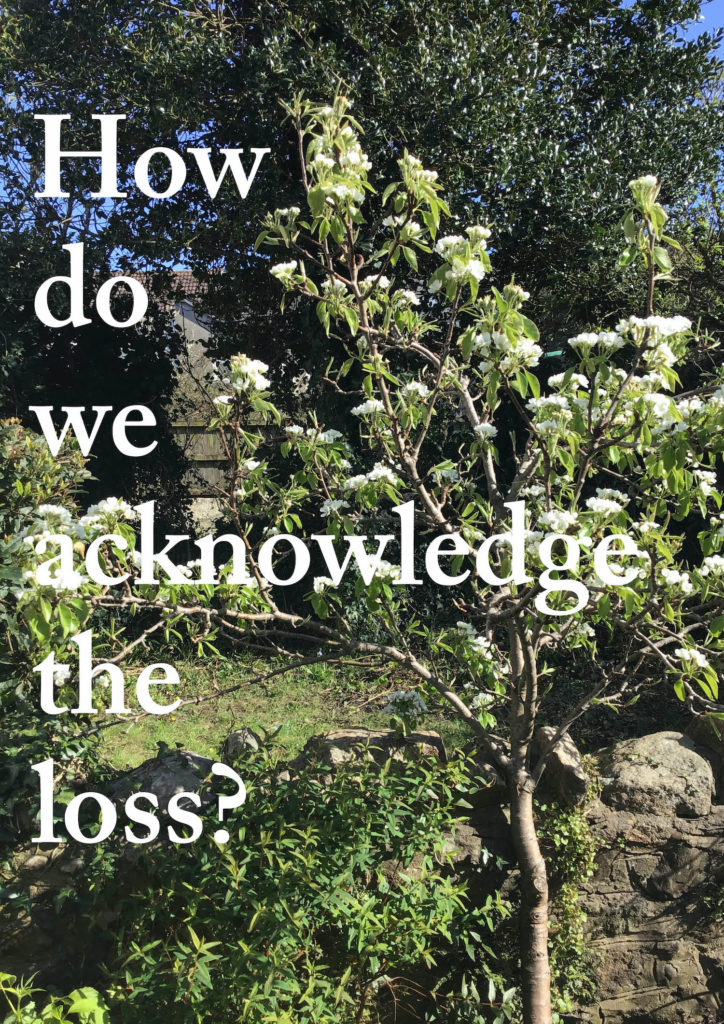 I’m a humanist celebrant, which means I’ve been conducting funerals for about well nearly 25 years now. And very sadly, at the beginning of this pandemic, I… our son died of liver disease. And, of course, I had to conduct his funeral, there were just five of us.

I’ve always been aware of how funerals need to be different. I’ve always had fairly strong views that if religious people have churches to go to that non religious people should have the choice of all sorts of other places to go to. So my view is that you should be able to have your ceremony with a coffin, anywhere, that’s possible. That could be in somebody’s home, garden, in the park, in a pub, in a hotel… I have actually conducted funerals in community centres, in pubs and in hotels and of course in somebody’s home, and garden. And I just think that we should be having this conversation, which in the first instance, accept that we are mortal, we are going to die. And as we get older, we’re kind of more conscious of it, and that we should be freer to actually talk about it, and even think about our funeral. And I do believe that talking to family and friends about funerals, funerals we’ve been to and what we think of them and ideally what we’d like, that it’s a privilege conversation, it’s an intimate conversation to have with somebody. And, I think that it would be a good thing to share. But again, so often, I’ve heard from family and clients, that they…they didn’t talk to their parents so much about it. And then equally while I’ve been organising funerals in advance with people, they say all my family don’t want to talk about it, but I want to take control and make arrangements and that’s precisely what it is, it’s about taking control, you know deciding what music they’d like and what options there are. But at the moment, options are very limited. Most people in this country now would tend to go to a crematorium. So my belief is that we should be able to have the ceremony part elsewhere and then perhaps immediate family, just go to the crematorium. You know, for a lot of people it would be preferable, obviously, if it was a venue, because it would be weather permitting, etc.

But the thing is people are squeamish about a coffin. If there’s a coffin present, then it’s a funeral. If there isn’t a coffin present, it’s what we’d call a memorial. And I have taken lots of memorials later after there’s been a small private funeral, probably in a crematorium. So I like the idea, that people should be able to talk and decide what sort of music they’d like. And ideally, I would suggest to people about writing their own life story, because when I’d organise a funeral with people, obviously, I need to get to know somebody’s life story. So I have this long conversation to begin with, find out about the person what they liked, and didn’t like and their story, from the beginning so I talk that through with the family member or friend who’s arranging the funeral. And then I would encourage them to write it, but ideally, and it has happened where I’ve met people who’ve been arranging their own funeral.

And suggested to them, you know, that they write their own life story. Other people can write a eulogy, or share tributes, or thoughts and memories, but the person themselves should be able to, and I think it’s a good thing to do is to write maybe four or five, six pages, whatever, of a basic sort of life story starting, you know, at the beginning, perhaps even talking about parents, grandparents, and backgrounds, and to see this as almost a historical document to be passed on to future generations to great, great, great grandchildren. And it’s just a very interesting thing to do, and it’s the sort of thing you could be talking with family members and sharing things. So, you know, I really would like to see the change. But the only way that this will happen is if people now start talking about it. And if somebody says, Oh, you know, I’d like to have it in my local. So I would say to people right now, go and ask your pub, what would their attitude be? If they were asked if they could hold a funeral in the pub, they only go on for about maybe three quarters of an hour or something. And if they say, No, you couldn’t have it in a pub. But there are other places that it would be much easier, like community centres, and hotels with the function room with a separate car park, because people are squeamish about seeing coffins. But there’s no reason with smaller funerals at home. And I don’t know why we haven’t had funerals at home in somebody’s parlour, if possible. And you know, in better weather in somebody’s garden, I’d love to see it on the Common that would require some arrangements, but I don’t see why it shouldn’t be able to happen or on the beach. And then people could… immediate family could go to a crematorium assuming that it is to be a cremation and not a burial. But it could happen, obviously, with both cases.

So I’d love to get people talking, I know, it’s regarded as morbid, but of course, as far as I’m concerned, it most certainly isn’t. It’s about taking control. It’s about it’s about life. And during this pandemic, when it’s been so difficult for people holding funerals, and of course, as I say, my own son Fingal died, and it was just the five of us. And, you know, we just had to get on with it, and, be able to talk about him. But the other option that has become much more popular, of course, is the opportunity to have it live streamed and recorded. So the people, you know, all over the world, and in Fingal’s case in Australia, in America, Denmark, wherever, of course, Ireland we’re able to participate. So, it was a few 100 people that tuned in for that. And that was very important, even though it was only the five of us, but we shared lots of memories that we collected from other people.
BACK