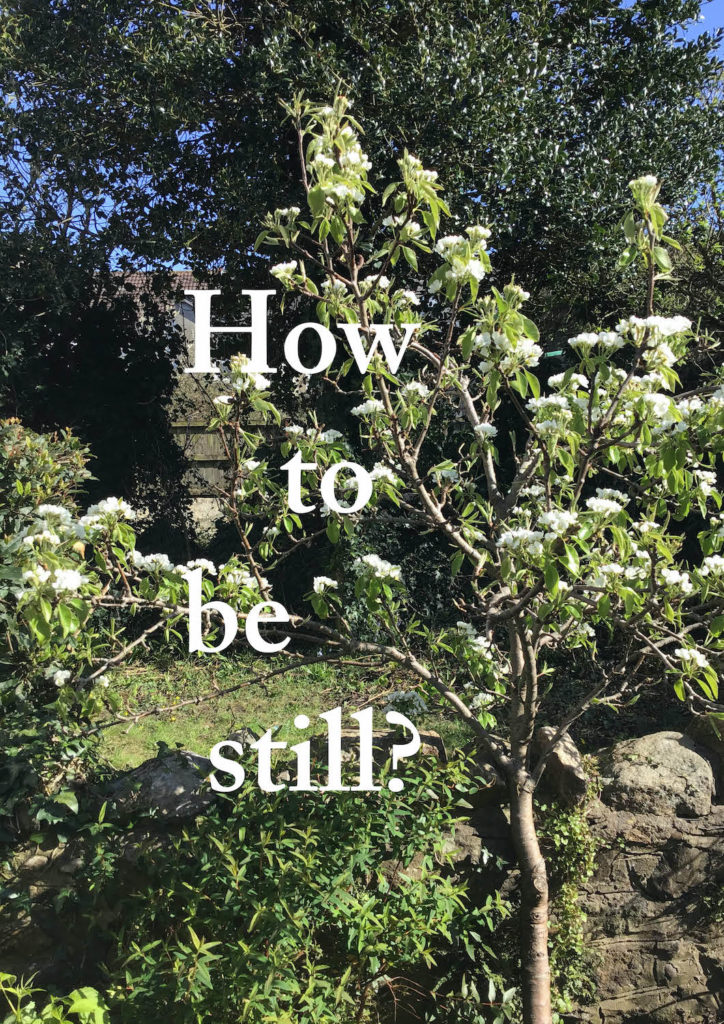 It’s a nice sort of quite cold day with a bit of a sense of sort of damp mist in the air. And I’m walking along a road near our house. And on my left side is a bit of a park I’m going to go into. And all the birds are going absolutely nuts. I don’t know if that’s, I mean, that’s probably happening all over the country isn’t it? Feels like they’re screaming, “It’s spring”. Or it’s almost spring anyway. Yeah, so nice to see a bit of open space actually. So felt quite busy and in the house, you know, those walls sort of there all the time. So yeah, so good to be out. And I’m on a path that sort of snaking through the green, I can see a big old Victorian school in the background or sort of lines our house.

Yeah, and it’s actually very quiet. Sometimes this part can be quite a hub of activity. But I guess it’s quite early, and it’s quite cold. So there’s like one or two dog walkers. That’s about it. And I’ve no idea how long this journey will be or how interesting. I’m coming up to like a little sort of girly alleyway. I’m not walking down. But squishy underfoot because it’s a bit muddy. But I’m wearing good enough shoes for it. So it’s quite nice. And on my left again, sorry about the left today clearly is our sort of square of grass that used to be a boule pitch, and they’ve now reclaimed it. So there’s this wonderful network called the Bee Network. And they’re sort of a series of volunteers who are improving little areas around Levenshulme. And they sort of started by tackling and cutting back loads of sort of brambles and things to reclaim space in one of the sort of country parks that actually used to be a rubbish tip I learned recently, but now, you wouldn’t know it because it’s all trees and green. And they all they’ve got in there at the minute is this like, tiny little suggestion of a shack, it’s sort of got, like joins and it’s quite little, looks like it might be some kind of greenhouse eventually. But at the minute, it’s just sort of in the centre, almost sort of claiming the space. But because it’s empty, it also feels a bit like some kind of installation, like a piece of artwork, which I don’t think was their intention, but definitely feels like that, because it’s sort of framed by sort of fences all the way around the outside. And there’s like a bench, every side looking at it. Almost contemplating what it might mean. What does it mean?

I’m gonna continue my loop. And then eventually, it’s going to go out back onto a road area. So we’ll get a bit busy. And maybe five minutes is enough for joining me on my walk. I’m just passing a pub. I’ve visited once since we’ve lived here and ate really good roast. And the guy was so passionate about his food, how the chef came out and sort of served us. And he sort of talked about just his connection to food and the place which was just so lovely. It has like a really stripped back sort of community grassroots feel in there. And just so unpretentious. So lovely. I think I’m going to keep going and head up to the big fields that I’m often in. But not recently actually it’s been a bit busy, haven’t really been there that much. I’ve really been feeling the need to kind of get out into nature and be a bit still so I think I might go and stand in the grass and just breathe for a bit. I think.