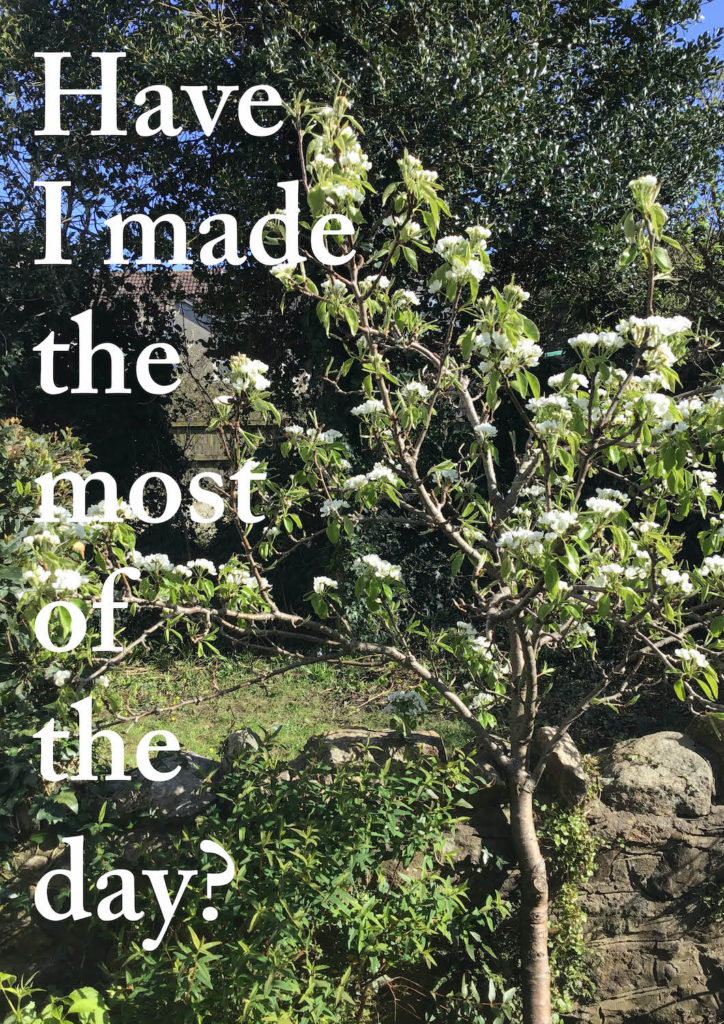 …I’ll go with those okay with the question theme.

So I think I’m always asking myself, have I made the most of the day?

Which is a similar theme isn’t it , we’re doers. Have I made the most of what’s around me?

And have I done right?

Have I done right with that time?

Have I done right for my family, or Anna or other people? And very often, I’m failing. And I can see that I’ve failed, in that I haven’t done right. But then there’s not infinite time. So you have to get used to failing. You can’t do everything right, even have a good go, but not always. So. And that’s, you know, that is quite an interesting thing to think about and put into words, admit failure. And a little bit more sort of something you can put, you know, pick a pin in and actually label it. And I got it down to three things. And they’re all things that we’ve talked about the environment, have we done right? Again, have we done right? Or have I done right? power? How we doing that, right? And education. And I’ve got…those are a constant theme that we tend to be talking about, if it’s not with you, if it’s with each other and other people. And it’s just I’ve never really thought about how important those three things are. And they’re in no particular order.

Probably the education would go first. Because if you get that, right, all the other ones are right. If you educate people properly. And I think like maybe you have with a really diverse education, it probably would work out right for everybody. But because it’s so constrained, and it’s so didactic  and small and never forward thinking. It breeds people then who don’t use the power correctly, or the environment correctly.

So thank you for asking the question, because I’ve now worked out the world.